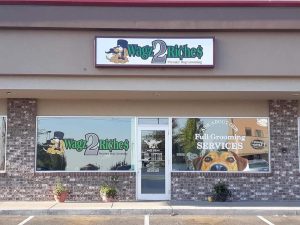 In a Facebook post over the weekend, the business said their employees have not received their first unemployment checks yet, and that “this debacle has gone on far too long.”

“Our shop had ‘social distancing’ considerations built into it before it was even a buzz word. We were already sanitizing surfaces. And hand washing? Try bathing a dog without washing your hands. Now we are having to perform baths, trims and nails on service dogs by sneaking them in the back door just to allow them to perform their basic duties. And yes we are performing these services at no charge to the client,” the post said.

The business said it’s their duty and responsibility to the community to reopen.

“There are elderly citizens who physically cannot bathe their dogs and have nowhere to turn. The decision to reopen is a conscience decision. Not to thumb our nose at the bureaucrats in Olympia, but to put Americans first. To put the good people of the Tri-Cities first,” the post said. “There are K-9 and Service Dogs that we depend on every day or even grandma’s dog, who has been the only company she has had for weeks at a time for the past ten years. The bureaucrats may think we’re non-essential, but I guarantee you these people don’t.”

The business encouraged other groomers to consider reopening despite the governor’s order.

Wagz2Riches said they would be partnering with several other Tri-Cities businesses to reopen May 4.