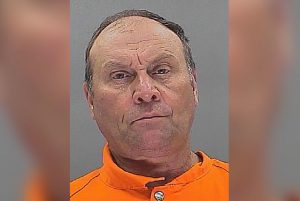 A New Jersey man was sentenced to five years in prison Thursday for fatally shooting his neighbor’s therapy dog.

Bob Cook, a Vietnam War veteran with post-traumatic stress disorder, went out looking for his Pomeranian-poodle mix, Toby, after the dog got out of the house on Sept. 17, 2019 and didn’t come back, local news station NBC10 reported.

Cook found Toby in the street, howling in pain.

The Cook family originally thought the dog had been hit by a car, according to a probable cause report obtained by the Courier-Post, a local newspaper.

But when they took him to a vet’s office, they discovered the horrible truth – Toby had been shot in the head.

He was euthanized the next day, the Courier-Post reported.

The investigation soon zeroed in on a neighbor of Cook’s, the 64-year-old heavy equipment operator William Stroemel – known to his friends as “Wild Willie.”

Shortly after the incident, Stroemel had given his air rifle to an acquaintance for safe keeping, saying he was going on a vacation. The acquaintance kept the rifle under his bed for three days, but took it to police after he heard Stroemel was suspected of shooting Toby, according to the probable cause report.

Following a necropsy, investigators were able to connect the pellet lodged in Toby’s skull with Stroemel’s rifle, according to a press release by the Burlington County Prosecutor’s Office.

Further investigation revealed that Stroemel had shot Toby while the dog was walking in the street near his home, according to the press release.

Stroemel was charged with animal cruelty and possession of a weapon for an unlawful purpose.

He pleaded guilty and was sentenced to five years in prison.

“There are few criminal acts as callous as shooting an innocent dog that is the beloved pet of one of your neighbors,” prosecutor Scott Coffina said in the release. “But Toby was not just a family pet, he was also a therapy dog and helped relieve the post-traumatic stress disorder experienced by a Vietnam War veteran.

“Such flagrant disregard for life and the impact of one’s actions demands serious punishment, and we believe this plea agreement reflects that.”

But of course, there is nothing that can bring Cook’s dog back.