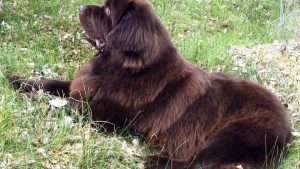 It’s good news for one local non profit. Buddy the Therapy Dog from the Nevada Blind Children’s Association has been found safe, along with his sister Charli the Lab.

Nevada Blind Children’s Foundation says someone accessed the backyard of their CEO’s home by opening the gate, leading to the dogs going missing. The nonprofit said in a Facebook post that the incident happened sometime between 2 a.m. and 9 a.m. Sunday morning at the home located near Mojave Road and Hacienda Avenue.

A Good Samaritan saw the dogs later in the day near the area of Russell & Pecos. She, along with help of Animal Control, rounded up the dogs and contacted NBCF CEO Emily Smith, thanks to the info on Charli’s collar.