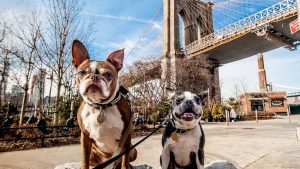 With the first American dog testing positive, NYC pet owners may be worried that their furry friends could become sick as well.

To help New Yorkers wade through their worries, New York City has launched a pet hotline.

The hotline will help answer people’s questions and concerns about taking care of their pets during the ongoing crisis and connect them to pet relief resources such as subsidized emergency veterinary care and food and supply distribution services.

For NYC residents with pets requiring a higher level of care, cases will be escalated for coordination of temporary placement or supplemental care of animals. It’s the first pet response plan of its kind in the country, the emergency management office says.

“Pets and service animals are a part of our family, and we want to alleviate any concern associated with having to take care of these family members during these trying times,” NYC Emergency Management Commissioner Deanne Criswell said in a comment. “We are thankful to our task force members who have stepped up to help New Yorkers who need this service.”