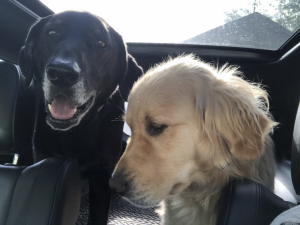 Pets are now allowed at Sandquist Family Park in the spectator areas as long as their owners take responsibility for them.

During the Cambridge City Council meeting June 15, Community Development Specialist Carri Levitski explained pets are not currently allowed on the athletic fields or in the Sandquist Family Park Softball Complex, located in Cambridge Township, as originally requested by the softball association. However, for the past couple of years, staff has received a lot of feedback regarding allowing pets at the park.

Levitski said in order to allow pets at Sandquist Family Park the council will need to amend ordinance 711 that regulates city parks and park lands.

“Pets are considered part of the family, and when going to watch an athletic event, many times families would like the option to bring their ‘furry’ family member along,” Levitski said. “There have been reservations about this in the past due to nuisance issues, barking, aggression, animal litter and so on.”

Levitski explained the city did receive a formal request from the softball association to let pets into the spectator areas at Sandquist Family Park. The request was brought to the June 9 Parks, Trails and Recreation Commission who voted unanimously in support of the ordinance amendment.

“As of right now we are going to try it with the minimum ones that we do have because there are garbage receptacles at our other park locations. We haven’t had a whole lot of issues in the other park areas,” Levitski said. “Luckily, we have very responsible pet owners in Cambridge, but it will be monitored going forward a little bit closer to see if there is a need for additional receptacles in the future.”

Levitski explained eight signs indicating pets are allowed within certain areas of Sandquist Park will be placed within different locations of the park at a cost of $30 per sign.

When asked by Council Member Bob Shogren, Levitski indicated that currently pets are allowed in all city parks, just not on any athletic fields, and not allowed anywhere within Sandquist Family Park.

Cambridge City Administrator Lynda Woulfe said a dog bite over a decade ago was the reason pets were banned at Sandquist Family Park.

Following discussion, the council approved amending ordinance 711 and the purchase of the signage for Sandquist Family Park.

According to the ordinance, pets need to be on a leash and are only allowed in the spectator areas of athletic complexes and not on any fields unless they are a service animal. All animals that show aggression or are disruptive must immediately leave the park they are currently using. Pets are allowed off of the leash only in those areas designated by the city as an animal or dog park.

Community Development Director Marcia Westover approached the council to amend ordinance 712 that regulates land use in the business districts.

Westover explained staff has been working with a developer on a gas station/convenience store/car wash site on the east side of the city in the B-2 Highway Business District. Currently city code requires an interim use permit for convenience stores and car washes.

Westover said the B-2 Highway Business District is intended to provide space for auto-oriented uses and service businesses that are located in close proximity to major thoroughfares or highways. Convenience stores and car washes are important for auto-oriented uses. Perhaps requiring an interim use permit is unrealistic, since the city intends to have these uses in the B-2 zoning district.

Following discussion, the council made a motion to follow the recommendation of the Planning Commission and amend ordinance 712 to allow automobile convenience stores and automobile car washes “by right” in the B-2 zoning district.