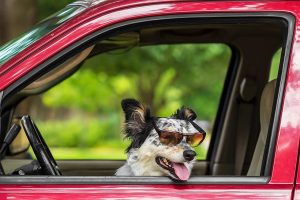 Load the family, and your dog(s), into your vehicle, and head over to Dr. Fitzgerald and Associates. Check-in will start on July 4 at 9:30 a.m. Then, at 10 a.m., the Critter Cruise will head out on Williams Boulevard S.W. and eventually stop at Bandana’s Bar-B-Q on 3707 1st Ave. S.E. It will make the loop three times all told, but if you’re not able to stay with it that long, no worries. The final stop will be at Bandana’s where you can park, order food, and enjoy lunch, while social distancing. The event is a fundraiser for Deafinitely Dogs. The organization trains and places service dogs with people to help them be more independent. Their dogs are paired with individuals and families not only in eastern Iowa but around the nation.  And the dogs choose who will become their owner, which I absolutely love.