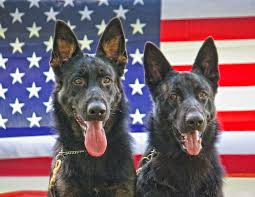 It’s been a few years since the Grosse Pointe Board of Realtors was introduced to Guardian Angels Medical Service Dogs, but their partnership continues to grow.

The local realtor board began its longterm commitment to Guardian Angels by first sponsoring GP, named for Grosse Pointe, along with The War Memorial and private community donors. Since then, the GPBR has sponsored Mack, named for Macomb County, and Sterling, named for Sterling Heights.

“Additionally, one of our members held a Halloween party last year, which kicked off our fundraising for Harper,” he added. “The proceeds were $10,000. This year, if willing, we will raise the balance to complete the funding for Harper.”

It takes approximately $25,000 to train a dog qualified to be a Guardian Angels service dog. Expenses include 24/7 care, food, shelter, specialized training and the cost to bring the identified recipient to meet the dog and train, Taylor said. “These dogs are provided at no cost to the recipient,” he added.

Harper still is in the training stages at Guardian Angels, based in Williston, Fla. As Taylor explained, “From birth until about 18 months, puppies go through general training. Over that time, trainers access the skills of the dog, allowing them to create a ‘best fit’ when it comes to placement. Harper’s training will only be complete after a recipient has been identified and they train together. On average, this whole process takes 24 months.”

“We would love to have Harper paired with a veteran or first responder from Harper Woods, but this cannot be promised,” said Mary Lamparter, Guardian Angels’ regional coordinator for Michigan. “However, if anyone knows of a veteran or first responder living in Harper Woods that would benefit from a service dog, please encourage them to contact Guardian Angels at medicalservicedogs.org.”

With three matches already made through GPBR efforts and another in the works, this is a commitment membership does not take lightly.

“Only after you start on this journey to support our veterans and first responders do you start to appreciate the unique sacrifice they make on behalf of the rest of us,” Taylor said. “Only after you hear the stories of how what they do or have done has made living far more difficult than any of us can imagine. Death by suicide, divorce or homelessness are all common outcomes of those impacted by post-traumatic stress disorder.

“Additionally, in a time when so much of our charitable giving goes toward causes, a search for a cure, etc., all of which may get ‘fixed’ someday, the placement of the Guardian Angels Medical Service Dog with a recipient provides an almost instantaneous result,” he continued. “We had one member so moved by the story told by a recipient’s wife, he wrote a check out for $5,000 and he is usually most skeptical. When we — all of us — contribute to a pairing, we give a significant other back a loved one, a father or mother back to children, a son or daughter back to parents and a neighbor back to a community. There is little we can do anywhere that accomplishes this and for no more than a few dollars per person. We owe our way of life to these people.”