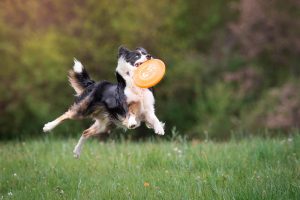 Sundance, an 8-year-old Golden Retriever, had been increasingly lethargic over the last few days and not eating well, a dramatic change from his usual disposition and appetite. It was a Thursday, my day to cover emergencies for most of the other Island veterinary practices. Unlike “normal” years on the Vineyard, when we would all be winding down by now and recovering from the pressures of the summer season, in autumn 2020 your veterinarians are still coping with summer levels of animals, all while practicing curbside, socially distancing, and working with reduced staffing. So I may have been a little abrupt on the phone that morning when his owners called. I reeled off the details about emergency fees and our no-contact drop-off protocol, and offered an appointment time.

His owner hesitated. Sundance’s regular vet had no available appointments for weeks. It’s hard enough to trust a doctor you’ve never met without the added stress of not being able to go into the vet office with your pet. The idea of waiting in the car in the parking lot while a beloved pet disappears inside is understandably daunting. “He seems uncomfortable around his mouth and he’s just not himself,” his dad said. I could hear the concern in his voice and tried to respond in kind. After a bit more conversation and reassurances, we scheduled for Sundance to come right down.

When my assistant brought Sunny into the exam room, he seemed pretty perky. I offered him a liver treat. He ate it happily. I gave him one more. He swallowed it without chewing. I tossed one in the air. Unlike most big dogs, he did not catch it mid-air. He did not even attempt to catch it, but once it hit the floor, he retrieved it gingerly and ate it. I continued my exam. Sundance had a low grade but significant fever. Everything else appeared normal. Then I tried to gently open his mouth. Ouch. That hurt.

One of the most common causes of pain on opening the mouth in dogs is a “retrobulbar abscess,” an infection inside the tissues way in the back of the mouth. It’s hard to explain without diagrams. Put your finger on the side of your face where your top and bottom jaw hinge together. Now imagine that right behind that spot, deep inside, an infection is causing a pocket of pus to build up. With no way to drain, the pus pushes up into the space behind the eyeball — hence the term “retro,” meaning behind and “bulbar” meaning bulb or ball. Every time you open your mouth, it squeezes that abscess. That hurts. Other signs associated with retrobulbar abscess may include swelling around the eye, bulging eye, third eyelid protrusion, ocular discharge, conjunctivitis, fever, and lethargy. Treatment starts with antibiotics and pain medication. If things don’t improve, the next step is anesthesia and surgically exploring the area to try to locate the abscess, lance, and drain it. But there was another possible diagnosis for Sundance’s pain. Masticatory Muscle Myositis, also known as MMM. This is an odd autoimmune syndrome in which the dog’s own immune system attacks special muscle strands called 2M fibers found in the masseter and temporalis muscles on the head. Those are the muscles for chewing. No one knows why MMM occurs. At first, the muscles may swell and sometimes are painful to touch, but the most common presenting sign is simply sudden onset of pain on opening the mouth. MMM is most common in young to middle-aged large breed dogs, with higher incidence in Labrador and Golden Retrievers, German Shepherds,  Doberman Pinschers, Rottweilers, Weimaraners, and Cavalier King Charles Spaniels. Definitive diagnosis requires either a muscle biopsy or a special blood test called a Type 2M muscle autoantibody test, which is positive in about 80 percent of MM cases. When I was a wet-behind-the-ears senior student in clinical rotations in veterinary school, I was sent into an exam room to work up a middle-aged large dog who had been playing Frisbee with his owner the day before. The dog now had marked pain on opening his mouth. His owner proposed that the dog had hurt himself from repeatedly leaping up and catching the Frisbee mid-air. Made sense to me. I went and happily presented the case to my professor and classmates at Medicine Rounds . . .  where I was quickly and soundly berated by a disdainful clinician for missing my first case of Masticatory Muscle Myositis. I sent Sundance home with antibiotics, analgesic anti-inflammatory medication, and a presumptive diagnosis of retrobulbar abscess, but I also told his owner about my experience almost 40 years ago with the Frisbee-catching dog. There’s nothing like being publicly humiliated in front of one’s peers to assure you will never again forget a particular disease.  “Sundance is the right age and breed for MMM,” I told his dad. “If he doesn’t respond to these medications within five to seven days, have him rechecked and tested.”

It’s important to diagnose MMM early and begin treatment promptly with immunosuppressive drugs such as corticosteroids like prednisone. Left untreated, acute MMM becomes chronic. Muscles undergo fibrosis and atrophy, and inability to open the mouth may become permanent and largely irreversible. With prompt treatment, most dogs improve within the first week but may require medications for many months or even lifelong. Stopping therapy too soon increases risk of recurrence. Patients who do not respond adequately to prednisone may need other more aggressive immunosuppressants.

I checked in with Sundance’s family by email this week. Sunny has responded well to the antibiotics and pain medications and seems completely back to normal. He has a follow-up recheck scheduled with his regular veterinarian soon. With this information, it is unlikely he has Masticatory Muscle Myositis. He probably had a retrobulbar abscess, which can occur from something as simple as chewing on sticks. Or perhaps there had been some other type of injury. Hmmm. Come to think of it, I forgot to ask if Sundance had been playing Frisbee.